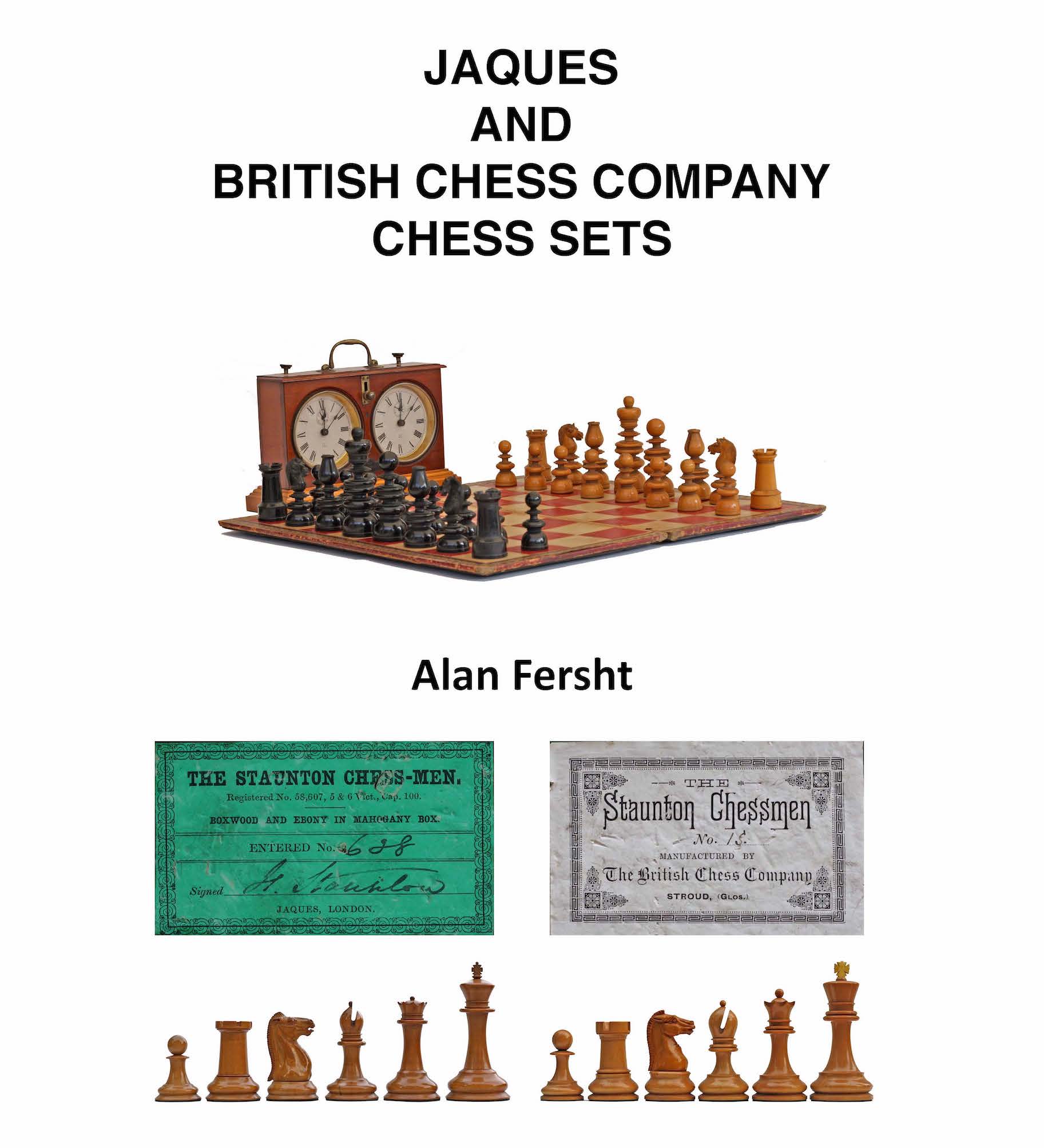 I have written a new book, inspired by recent evidence on the dating of Jaques that became available because the archives of  The Times came on line and many readers sent me photos of dated sets. I also used it as an opportunity to write up my growing interest in BCC sets and Jaques non-Staunton sets. Every statement is backed up with solid evidence. The goals are: 1) To provide a definitive analysis of Jaques Staunton sets, with the new evidence on dating. It has all of the content of the Collectors Guide, but it has been considerably upgraded and expanded with lots of new material, from the accurate dating of introduction of the different sizes of sets to the dating of Carton Pierre caskets, and I think a photo of every type of label produced, with dates and a record of the evidence behind every statement; 2) To provide a good account of BCC sets; 3) To start cataloguing Jaques non-Staunton sets, based on their Pattern Book and ads. I have been able to identify positively many of their non-Staunton sets so that they can be authenticated. 4) To give a guide to other Jaques products, such as travel sets and timers.
5) 64 pages of full colour with more than 100 photographs.

Now available from Amazon as Paperback for £25 or Kindle Store as a Print Print Replica costing $9.99 from amazon.com or ~£7.60 from amazon.co.uk etc.
The Kindle edition be used on any PC, Mac or iPhone/iPad registered with your Kindle account. It looks good on an iPhone and is always at hand for reference.

Calvert Northern Upright St George Edinborough Upright Edinboro' Upright Jaques Lund Calvert Merrifield Hallett Thomas Sherwin
Copyright © 2007, 2008, 2009, 2010, 2011, 2014, 2018,2022 Alan Fersht.
No part of this website may be reproduced in any form, electronic or otherwise, without the express prior permission of the copyright holder.
B